This is a hard one to write. It’s personal, it hurts, but talking to a sweet friend yesterday, I realized it’s important to share. Unfortunately someone else will have “that moment” in their own way. And I want them to know that I understand and that you are not alone. We’ve been through so much in the last few months that this day somehow feels like a lifetime ago. But the emotions are still raw when we talk about it. This entire post was written through teary but determined eyes…

I’ll never forget it. Monday, December 1, 2014 at 2:35 p.m. I just returned from picking the kids up from school. As I walk in the house and the kids are unpacking their book bags, I see Jason still holding the phone, with an unrecognizable look in his eyes. His whole body looked distressed. He couldn’t even find words as he motioned for me to come into our room. I’m trying to process. Asking him, what is it? Running through every family member in my mind thinking that something happened to one of them. What could possibly have him so shaken? He is physically shaking.

He closes the door. Shaken to his core. Tears in his eyes. “Your doctor called. It’s… You have… It’s cancer.”

My heart sank for a second and everything whirled through my head. We hugged and cried and simultaneously felt our world shatter and turn upside down.

I called my doctor back. She sweetly and sadly confirmed and we scheduled an appointment with her the next day at 1:00 p.m. to go over, in detail, the results of the biopsy. Surreal and slow doesn’t begin to describe the next 22.5 hours until my appointment with my surgeon. My heart physically aches for those who have to wait longer for that doctors visit.

Holy shit. I have breast cancer. And the kids need a snack and have homework to do. We cried, hugged, told each other that it’s going to be okay. Though neither of us believed it at that moment.

Jason took care of the kids and I called my parents. Then close friends. Then texted those I couldn’t reach. We are going to need all the support we can get. We somehow got through the day and dinner and kids to bed.

Survival instinct kicked in. I made Jason reach out to his friends. He’s going to need support as much as anyone. I have cancer, but the weight of the world just fell directly on his shoulders.

That day was the dividing line in my life. Everything that had happened before cancer. And now everything that will happen after cancer. Nothing would ever be the same.

That night going to bed, we just laid there looking at each other. Like we were searching each other’s soul for an answer that neither of us had.

Mom and Dad were here by the next morning. Nobody could sleep. I think they left their house around 3 or 4 a.m.

At 1:00 p.m. on Tuesday, the doctor confirmed everything. She laid out our plan of action including a barrage of testing that week and meeting with the oncologist so that I could start chemo as quickly as possible. While simultaneously thinking, oh my God this is really happening, it was also a relief. I had a result, granted not the one I wanted, but a result and a plan of action.

It was at that moment I knew. I knew I would fight this with all of my being. I was scared shitless and ready to tackle this beast. I was scared of everything, except for the cancer. Scared of all the tests… What if they find it in my bones? Scared of chemo. But not scared of the cancer. Jason kept saying, you’re worried about all the wrong things. Nope. I have my eye on the prize, being cancer free. I just absolutely hate all the stuff I have to do to get there. 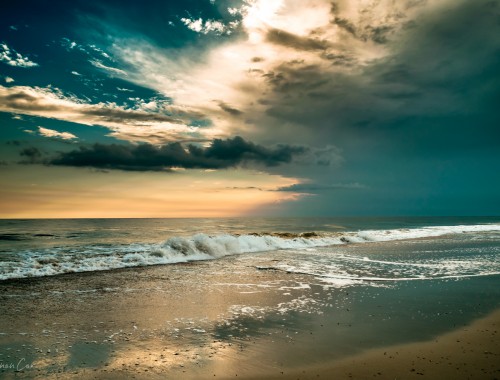