One Year Ago Today… 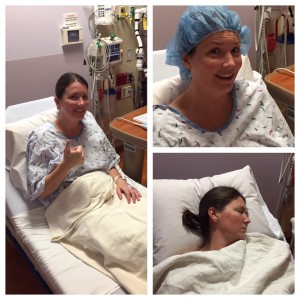 One year ago today (early morning on the Wednesday before Thanksgiving) I was at Martha Jefferson Hospital undergoing a surgical biopsy of my right breast. Mom and Dad were here to hang out with the kids so Jason could stay with me. We drove over early and got checked in. It was an outpatient procedure and I was a little nervous, but ready to know what was going on in my breast.

One year ago, during the month of November, I had already had a mammogram, multiple ultrasounds and a core breast biopsy that showed nothing. But I had a lump that had grown large enough that it covered ¼ of the upper part of my breast. I met with my surgeon again and the core biopsy came back negative for cancer. Lab results said the tissue was sclerosis (thickened) tissue. We were relieved, but only a little. I still had something growing in my breast that wasn’t supposed to be growing.

My surgeon told us that even if this came back negative, she would still want to know why this is growing and get to the bottom of it. She is awesome, by the way. She saved my life.

She wanted an MRI. Insurance denied it 4 times.

It was then decided that a surgical biopsy would be more definitive than an MRI.

So here we were. Convincing ourselves that it’s just some random thing growing in my breast. Fighting off the feeling that it could be cancer. Because, after all, that first biopsy came back negative. You know, the one where she took 5 or 6 tissue samples with that God awful stapler-sounding-biopsy-needle-thingy (totally scientific name…)

I woke up from the procedure, happy as a clam and quite sleepy. No nausea. God bless the anesthesiologist and a little thing called a scopolamine patch behind my ear.

Once I was awake enough, I got dressed and we went home. I honestly don’t remember any more from that day or even Thanksgiving day. Other than mom and dad and Jason cooked the meal that I usually cook each year. And that we were thankful.

But I sit here this year, snuggling with both kids as they go to sleep. Getting over a cough and sinus infection. Talking with Jason. And I am more grateful than I have ever been.

Grateful that we made it through last year.
Grateful for amazing doctors and nurses.
Grateful for loving friends and family.
Grateful for Jason and his love and just absolutely everything about him. 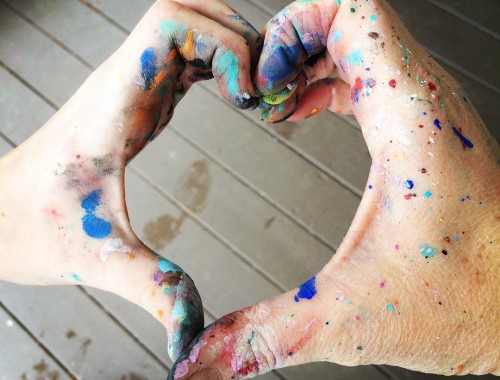 Swimsuits and No Boobs