Wowza… It’s been quite a year folks.

I haven’t written much in the past month as it’s been a tough one. It’s been tough in a different way than I thought it would be. And I’m not sure I can put it into words, but I’ll try.

Processing is still occurring for all of us. Just when you think you’ve processed it all, if you are open to it (or not), your brain is like, “Oh wait, here’s a little more you haven’t processed yet. So, yeah, here you go. Think about this one for awhile. Oh, and uh… it’s a little heavy too. I’ll just go ahead and amp up your emotions and turn on the tears whenever you are ready.” Oh goody…

This month was a lot of reminders and processing for our kids. Jason and I were heavily reminded of all of this starting around Thanksgiving, because that’s when the realities heavily set in for us. The kids, on the other hand, the reminders came a bit later.

My daughter and I went to see her friends at their school play. It was really cute, she had fun and we went out to get ice cream with the girls afterward. Even though she had a tremendous amount of fun, when we returned home and she settled in for bed, she started talking about cancer. As we talked through some things to ease her worry, it hit me like an anvil falling on my head. My first chemo was the same day has HER school play last year. Somehow after my chemo infusion, I stumbled in to the school for the afternoon performance. I was already starting to feel bad from the infusion, plus the copious amounts of Benadryl in my system that they give you to help with reaction to it. Mom sat beside me and held my arm so I wouldn’t fall asleep and fall out of my chair into the isle. I took pictures, congratulated her afterward. Then must have gone home and gone to bed for the next three days, because I have absolutely no memory of anything else other than feeling crappy and taking all kinds of medicine to combat the nausea and bone pain. But my daughter does. That was her marker. The day she had her play was the first time her mom looked and was sick and was in bed, down for the count. Needless to say, I didn’t make it to the evening performance of her play. And folks, that was the first of things that I’ve missed going to, when it comes to my kids.

For my son, it was around the same time. But it was the fact that I wasn’t driving them to and from school regularly. That many nights I wasn’t able to go up the stairs to tuck them in and read with them. But the same worries that his sister had, he had too. Each kid is different, just like we all are different and their emotions come out in different ways.

December was tough. We all processed. We all talked. We all helped each other. Even though, quite honestly, cancer was the last thing we wanted to talk about. We needed to talk about it when it came up. Because we were each struggling with our own things internally. We were each sorting through it all. Trying to understand. Trying make sense of it all. Trying not be afraid.

December through April last year was chemo and all the hell and heaviness and pain and sickness and worry and fear that went along with it. Then in April I had a bilateral mastectomy or the equivalent of having a part of my body removed. And while most people don’t talk about it, I still have discomfort and sensitivity on my chest where there is nerve damage and tightness and scars that are hypertrophic (raised and larger than I would care for). I am so grateful that my breasts and cancer are gone, but it is a daily reminder, and that can be a difficult thing to bear each day.

It’s also the knowledge that I am cancer free, yet (YET) there is still a chance for reoccurrence. My response to chemo was fantastic, so my percentage is smaller, but it is still there. Gah… But so is the knowledge that cancer can occur in any of us at any time. That many scientists are surprised that it doesn’t happen more often. The reality of that has set in as well.

We have lost our innocence. Cancer was a disease that somebody else got, even family members. Now it is us, it was me. And our innocence is gone. We can no longer look at and think about the world through those rose colored glasses. The reality is that we live and we die. And in between, yes, there is sickness and suffering. But. And a really BIG “but” here… there can also be amazing-ness.

Because here’s the realization. We are looking at the world, when I think we really need to be looking at the entire universe. We get so caught up in small, petty, everyday things, that we are missing the unbelievable things that are going on around us. We are missing out on living.

For forty years I lived with fear. I was always up for an adventure, but I had too much fear in me to actually go and do all the things I wanted to – whether it was traveling or being fearless with my own creativity. So in the words of the great internet meme, “Let that shit go” – I let fear go. I’m now letting all that shit go. Because holding on to things only keeps us from truly enjoying where we are at, what we are doing, who we are with, what we are experiencing. Fear makes us second guess ourselves and not appreciate opportunities to enjoy life more.

So it is 2016 and I can finally exhale. I’ve been holding my breath in some way, shape, or form for forty-one years. And now it’s time to exhale. And to live.

So get out there and truly live folks. Do something that makes you happy. For me, it’s living in the moment, enjoying each day, teaching my kids, being creative, writing and traveling. I may not have written much on the blog lately, but I have written 16 chapters of a book that I’ve always wanted to write. I’m finally creating that greeting card line that I’ve been tinkering with for over a decade. Changing over Striped Hat Studio to be the creative space that I’ve always envisioned it to be, but was afraid of failure.

Here’s the thing about failure… I’ve learned some of life’s biggest lessons by failing. So I don’t look at it as failure anymore. I look at it as “Yes, I learned a lot from that.”

So cheers to 2016! Cheers to living. To learning. To loving. To letting go. To not fearing. To enjoying each and every day, whatever good or bad may come of it. To peace. Cheers to peace… Let’s make the most of 2016. Let’s do the most good. Let’s smile a whole lot more.

So, so, so much love to you all,
Shannon 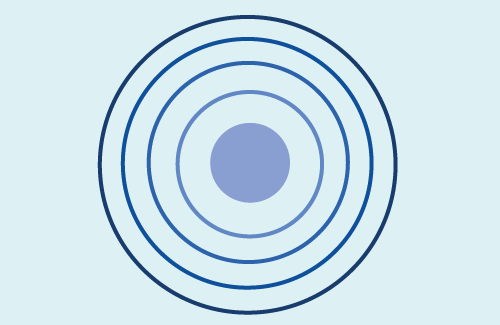 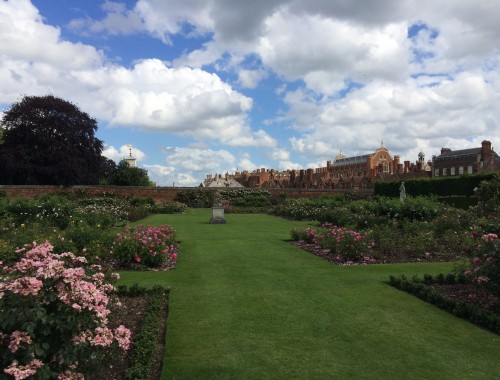 Summer and Roses and MRI’s