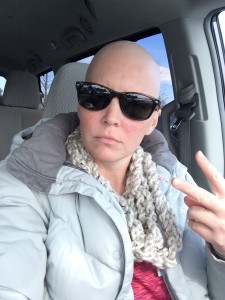 No, there’s not a third boob laying around here. I’m talking about my other boob, my left breast, the one without cancer.

In a past blog post, I touched on the fact that I had a bilateral mastectomy and to remove the second breast was in fact, my choice and fully supported by my surgeon and insurance. With the type of cancer I had (triple negative) and size of it (5 cm) a complete removal of that right breast was recommended. Yep, got it. Let’s get rid of that one as fast as we can.

Having a mastectomy (for at least one breast) was my only option for the breast with cancer. But the decision many women often have to make is whether to have a lumpectomy (removal of the tumor and some surrounding tissue) or a mastectomy (removal of all of the breast tissue). And, in my case, I had one breast with cancer, but the other breast had absolutely no signs of cancer. So there was the question of what to do with the other breast.

Did I have to have a bilateral mastectomy and remove both breasts from my body? No, I did not. But, without hesitation, that was my choice. I chose this for several very straight forward reasons.

First and foremost, peace of mind. I already had one breast with a relatively large cancer growing in it which was, oddly enough, extremely difficult to find. For at least two years prior to diagnosis, I could feel a lump that felt like a large almond. And in that time I also had three mammograms, many ultrasounds and a core biopsy and none of those showed that it was cancer. It was the surgical biopsy where they finally found cancer cells.

Second, more tests. If I didn’t remove the breast, I would be back for imaging every six months to a year to keep a careful eye on the healthy breast.

Third, chemotherapy. Because of the type and the size, not only did I have to go through surgery, but chemo as well. Chemo was something, that even before I went through it, I knew I wouldn’t want to repeat, unless I have to.

Fourth, secondary cancer. I had several friends who have had a secondary cancer or cancer cells found in the other breast, that never showed on imaging but found during surgery. I was fortunate that I did not, but it wouldn’t have changed my decision.

I knew, from the second my surgeon said, “You have cancer.” That I wanted both breasts removed. Gone. Gone. Gone. And for all the reasons above, it was not only a preventative but very much a quality of life decision for me. My left breast may have remained perfectly healthy for the rest of my life. But holy cow. I absolutely did not want to spend the rest of my life worrying about it.

Because I would worry. A lot. Know thyself…

The other part of my decision was that I opted not to have breasts reconstructed on my chest. Again, truly personal for each person facing a breast cancer diagnosis or genetic mutation. For me, I just didn’t want breasts anymore, in any way, shape or form. Just totally and completely done with them. Those that know me well, know that when I am done with something, then it’s time to move on and that’s that. With reconstruction, there are additional surgeries and that was one more thing I did not want to have to deal with. It’s all about what you think you are going to be the happiest with. For me, that involved never, ever wearing a bra again. As well as the knowledge that my breasts don’t define me as a woman.

So, clothes definitely fit differently now. At first it was frustrating, but you just adapt. My chest is still sore in places and the nerves are numb or irritated in other places. While I do worry about re-occurrence (part of having breast cancer), I absolutely don’t worry about a secondary cancer showing up in the other breast and us not finding it.

The crazy part of all this, it’s like you need to make this decision before you have cancer. I’m sure you are thinking, “Why would I think about that?” or “Why would I want to?” Because, and hopefully you never will, but if you hear the words, “You have cancer” your world flips upside down and it shatters a little (or a lot). It’s unbelievably hard to think clearly. And if you have the BRCA genetic mutation you also need to think about potential other surgeries for reducing your risks. Not to mention your eggs and if you want to save any. I was fortunate to be past that point in my life, so it wasn’t even on the table for me.  But for many women, it is and it is grueling to think about during a cancer diagnosis.

I’m living with a new body. It’s my body, but it’s different. And I’m getting use to it. Folks still stare at my chest, but it’s in a totally different capacity. It’s no longer me screaming at some rude dude, “Quit looking at my f$#%-ing boobs dude!” People stare out of curiosity, or perhaps they are trying to figure out which bathroom they think I should or should not be allowed in. Who knows what they are thinking or wondering. I really don’t care. Some flat and fabulous women I know get offended by it, but I take a breath and don’t let it bother me. I just smile, say hi and keep on doing whatever it is I was doing.

So back to that other tit. Yeah, it had to go. And I’m glad it’s gone. At this point in my life I can definitely appreciate one less thing to worry about.

And speaking of worry, consider thinking about one thing in your life that you worry about way too much and need to let go of. You probably won’t have it surgically removed, but it can feel that way when you allow yourself to let go. Once you do truly let it go, it’s freeing. Really, truly freeing. And you’ll be grateful that you did.

Because if there is anything these #cancerLessons have taught me, it is that life is way too short to carry any more worry around with you than you need to.

The Way It Is 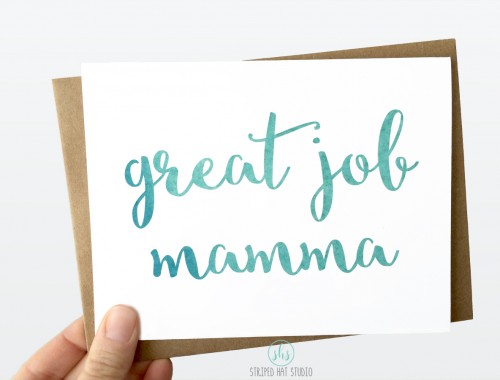